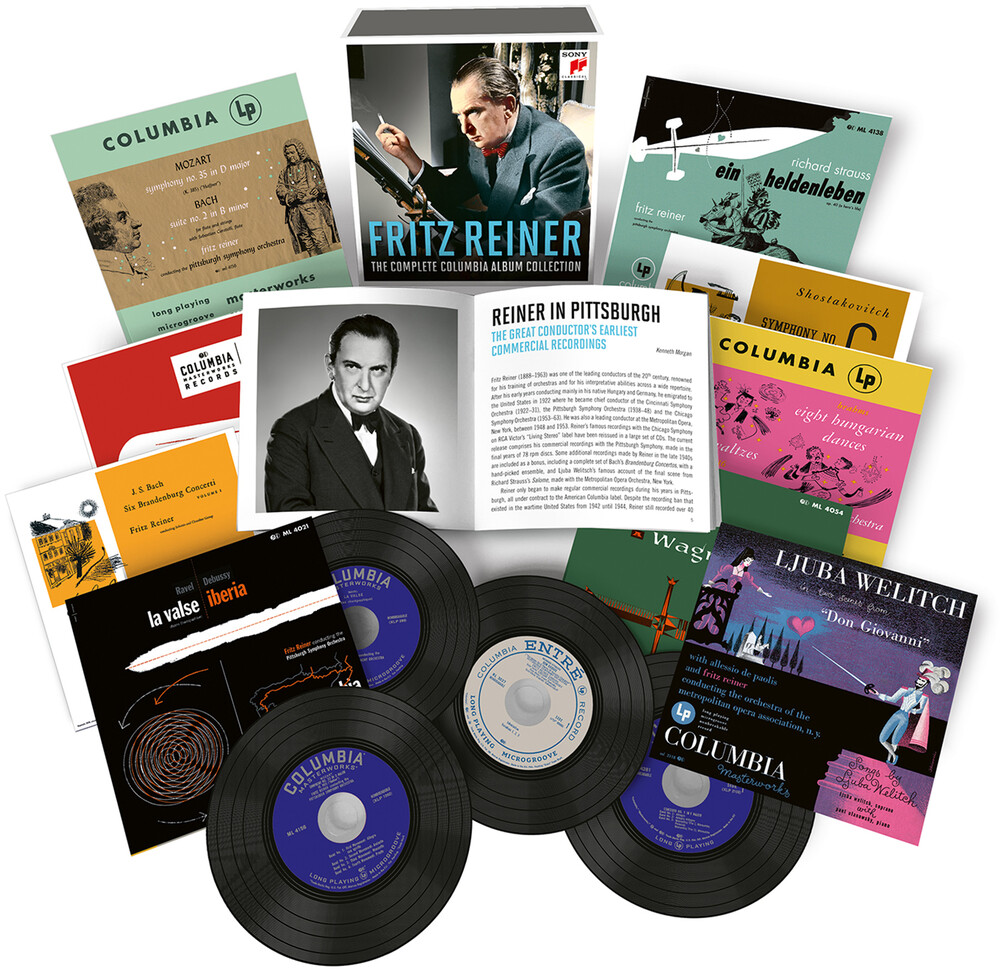 Limited 14CD set. When the 50-year-old Fritz Reiner was appointed conductor of the Pittsburgh Symphony Orchestra in 1938, he was still relatively unfamiliar in his adopted American homeland. This pupil of BartĂłk at the Academy of Music in his native Budapest, former conductor of the Dresden Royal Opera, where he worked with Richard Strauss, and for the past 16 years music director of the Cincinnati Symphony Orchestra was still rarely mentioned in the national press and never in record reviews. Although he had actually made some discs in 1938 with the New York Philharmonic, they were issued anonymously. Everything changed for Reiner when his move to Pittsburgh led to nearly a decade of major recordings for American Columbia. Sony Classical is now pleased to present a new 14-album set collecting all of Reiner's Pittsburgh Symphony discography together with the Columbia recordings he made after moving to New York in 1948 to become a principal conductor at the Metropolitan Opera.