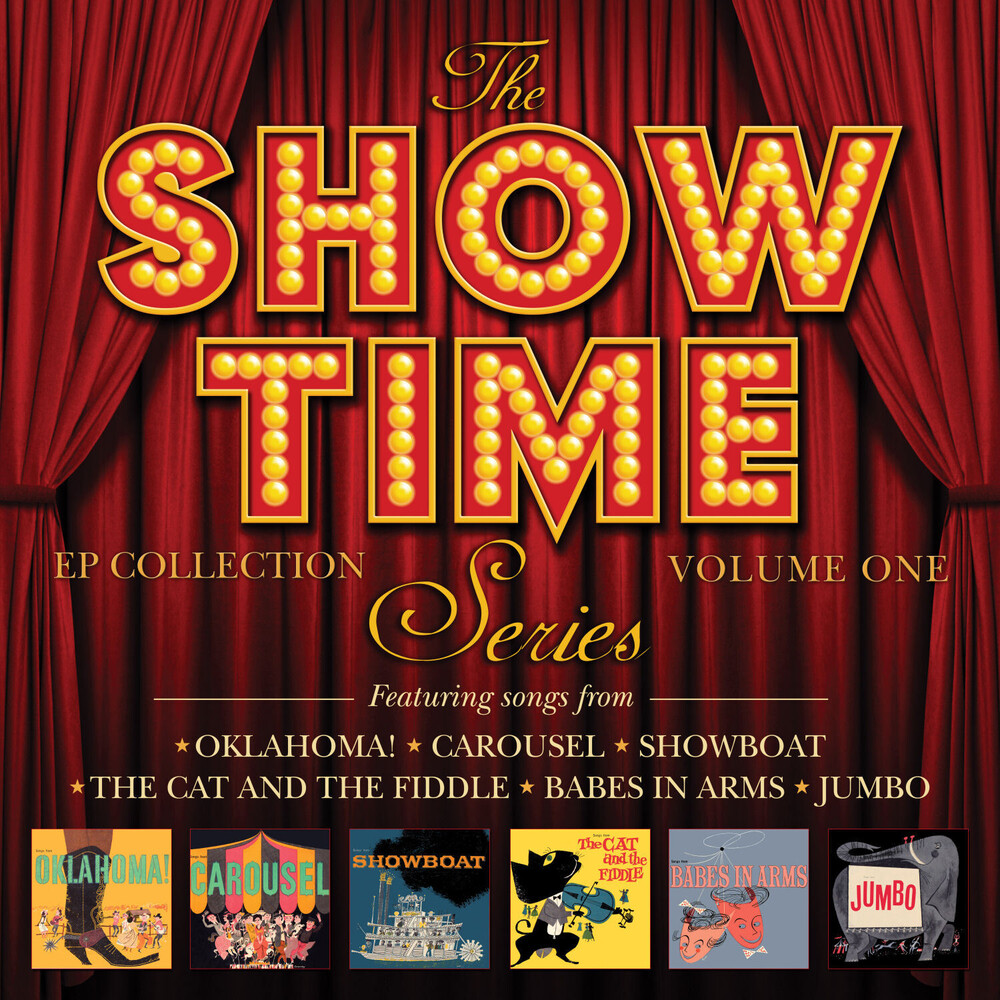 Stage Door are pleased to present the first volume of the "Show Time" Series EP collection. To be issued across 3 albums, the collection compiles all 16 EPs which formed the "Show Time" Series as recorded and released by RCA Victor in 1953. The 16 part "Show Time" Series was a recording initiative by RCA Victor to recreate highlights from a diverse selection of Broadway musicals, revues and operettas from the first half of the 20th century. The series featured a host of Broadway star performers, many of whom introduced their songs in the original stage productions. RCA Victor also enlised Broadway's finest musical directors (including Jay Blackton and Lehman Engel) to conduct the orchestra and chorus on the recordings. The first Volume in the series includes selections from 'Oklahoma!', 'Carousel', 'Showboat', 'The Cat and the Fiddle', 'Babes in Arms' and 'Jumbo'. Featured performers include John Raitt, Patricia Northrup, Doretta Morrow, Helena Bliss, Carol Bruce, Patricia Neway, Stephen Douglass, William Tabbert, Lisa Kirk, Sheila Bond and Jack Cassidy. The EPs (which were also issued simultaneously across 8 10" LPs featuring two shows on each record) are now highly rare and sought after by collectors. Most of the tracks have never been released on CD making Stage Door's reissue of these classic anthology recordings a welcome addition to any cast album aficionados collection. Each volume in the series is limited to 500 units only.