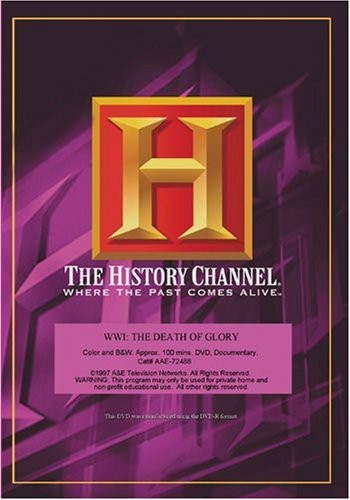 Ww1: The Death Of Glory
Artist: WWI: The Death of Glory
Format: DVD
New: Not in stock
Wish

It's names are loaded with irony. The Great War saw chivalry and honor on the battlefield replaced by technology and firepower that swept millions to their deaths. The War to End All Wars was followed less than 25 years later by an even deadlier conflict. WORLD WAR I: THE DEATH OF GLORY shows how this epic struggle had a more profound effect on civilization than any other war in history. New countries had to be built on the ruins of a continent. It was the end of kings, empires and innocence, and the beginning of weapons like the U-boat, the machine gun, the tank and poison gas. Graphic footage captures the horrors of trench warfare in battles like Verdun, where over one million men died. Riveting commentary from leading experts details the awesome effects of new technology on the battlefield, and the revolutionary changes that the end of the war brought including the near-inevitable rebirth of Germany as a military force to be reckoned with in World War II. Visit the killing fields where history was made, and relive the horrors of the conflict through period commentary and archival artifacts. From the fateful shot fired by Gavrilo Princip to the birth of the modern world and warfare, this is the story of WORLD WAR I: THE DEATH OF GLORY.
back to top