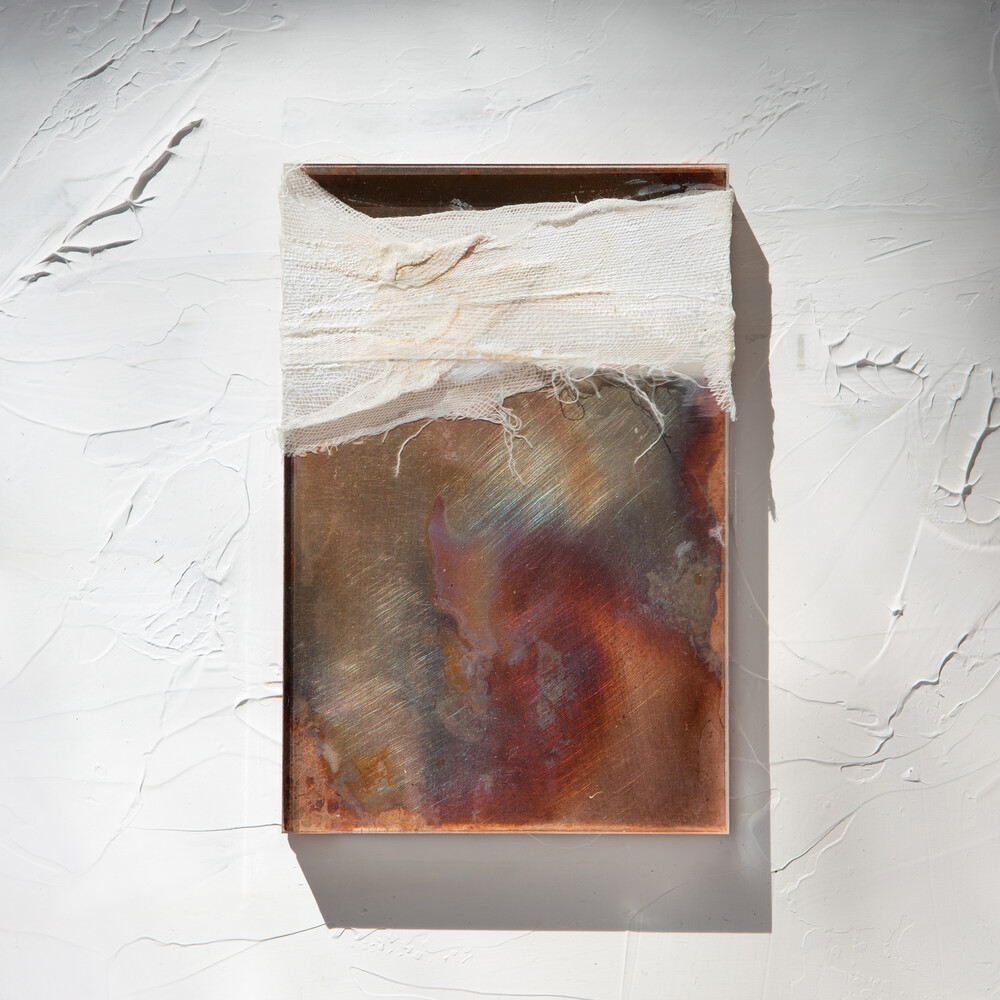 Since his 2012 debut as Heathered Pearls, Jakub Alexander has constructed art - music, objects, installations, performances - as a way of re-imagining fragments of his past and mapping ideas for his future. The Polish-born, Michigan-raised, New York-based artist and producer sees imagery and narrative framework as fluid components to his craft. Alexander's first album, Loyal, mimicked the hypnotic motions of ocean waves at night, offering melodic, loop-based ambient music as a tribute to the tasteful influence of his mother and aunt. The second Heathered Pearls album, Body Complex, found inspiration from comfort, imperfection, and visions of interior architecture, transforming Loyal's soft textures into driving 4/4 figures, glacial tone drifts, and starry synth plateaus. His 2017 EP, Detroit, MI 1997 - 2001, reflected on a formative era through ephemeral dance music. The third Heathered Pearls full-length, Cast, returns to moodier loop formats joined by the distinctly new presence of the spoken word. The move mirrors the multitudes of it's namesake: collaborators comprise a cast, healing in the bind of a cast, complex emotions and the shadows they cast. Alexander started work on Cast when living in Berlin and in Queens. "I hit a wall listening to these tracks when they were instrumental." This is where he diverged from previous modes, deciding to integrate speech. With a healthy distaste for aspects of performance art, he invited strictly non-scripted recordings, a series of anti-performances. This new format adds a surprising human element to music that has previously operated as sea-shapes or infrastructure. These flashes of language, Alexander's close friends speaking about things, narratively and cerebrally, casually and profoundly, turn the distinctive Heathered Pearls sound into something surprisingly gritty, tangible, and in certain sweeps, cinematic. It is as if the world outside of these compositions bleeds into the music, casting their verbal being from just off the surface, like the album's cover artwork where the light hits the plexi object but misses the wall. Alexander sees his covers as naturally unfinished workstations; the gauzed and patinaed copper on Cast continues in this philosophy. This is all to say Cast deals with absence as much a presence. Among the guest storytellers is Alexander's friend and tourmate Nick Murphy (formerly Chet Faker), who unwinds a series of tender observations on "Basic Needs." The swirling synthesizer immerses a series of empathies; feeling like an egg yolk, a window's view, his love for the color yellow, and wanting yellow to love him back. There is a frankness, a feeling at home in new places, and still a clutter of curiosity in this music. The voice of elusive Detroit techno legend Terrence Dixon appears on "Salvaged Copper," an atmospheric parable that paints the morning sunrise after a long night of dancing in a warehouse. A vignette is set here; there is a world inside the memory of a scene, inside a gutted factory, and then there is a reality outside of those halcyon nights that casts a long shadow on the days that follow.In one of the more rhythmic exchanges, Warsaw-based producer Adam Brocki aka Newborn Jr. Lends his deft touch to the arpeggiated instrumental "Ultra Blue." The album's closer, "Life Out Of Balance" contains elements from longtime friend Shigeto, Dutch Sydney-based producer Santpoort, and Alexander's own stepfather, contemporary artist Krzysztof Wodiczko - the latest strand in the collaborative thread with his family that runs across his body of work to date, from album art to sonics. Alexander says of his message, "It has an urgency to be okay with finishing and sharing creative work and being okay with criticism but urges you to finish so you can make more and not waste your time with unfinished projects."