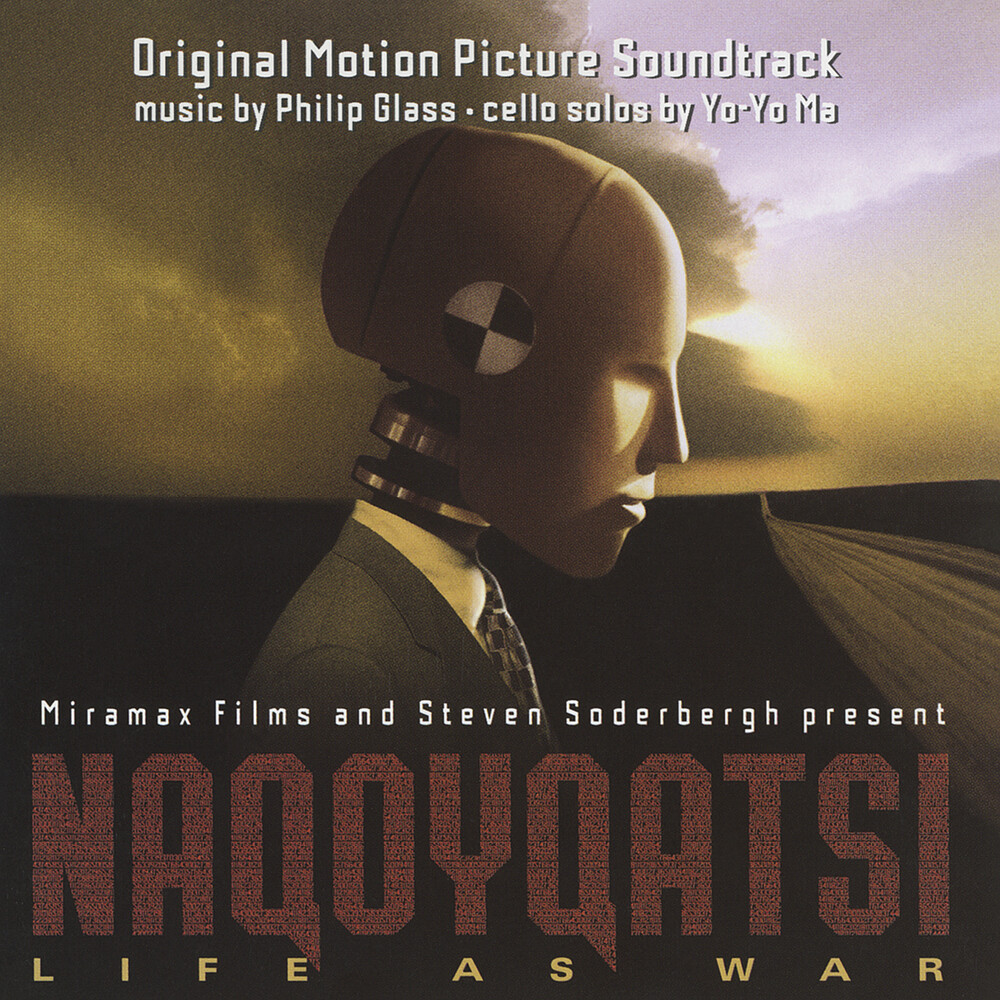 Naqoyqatsi is the third and final film in the Qatsi trilogy, meaning "life as war". Just like it's predecessors Koyaanisqatsi and Powaqqatsi the music was composed by Philip Glass. Performed by members of the Philip Glass Ensemble, and featuring the amazing Yo-Yo Ma on cello, this completes the lengthy score which was begun for this film series with "Koyaanisqatsi" in 1982. The music is more traditional orchestral than much of Glass's work. One instrument, the cello, plays through much of the piece. Some unconventional instruments are used in addition to traditional ones, including a didgeridoo and an electronically-created jaw harp. Conducted by Michael Riesman.