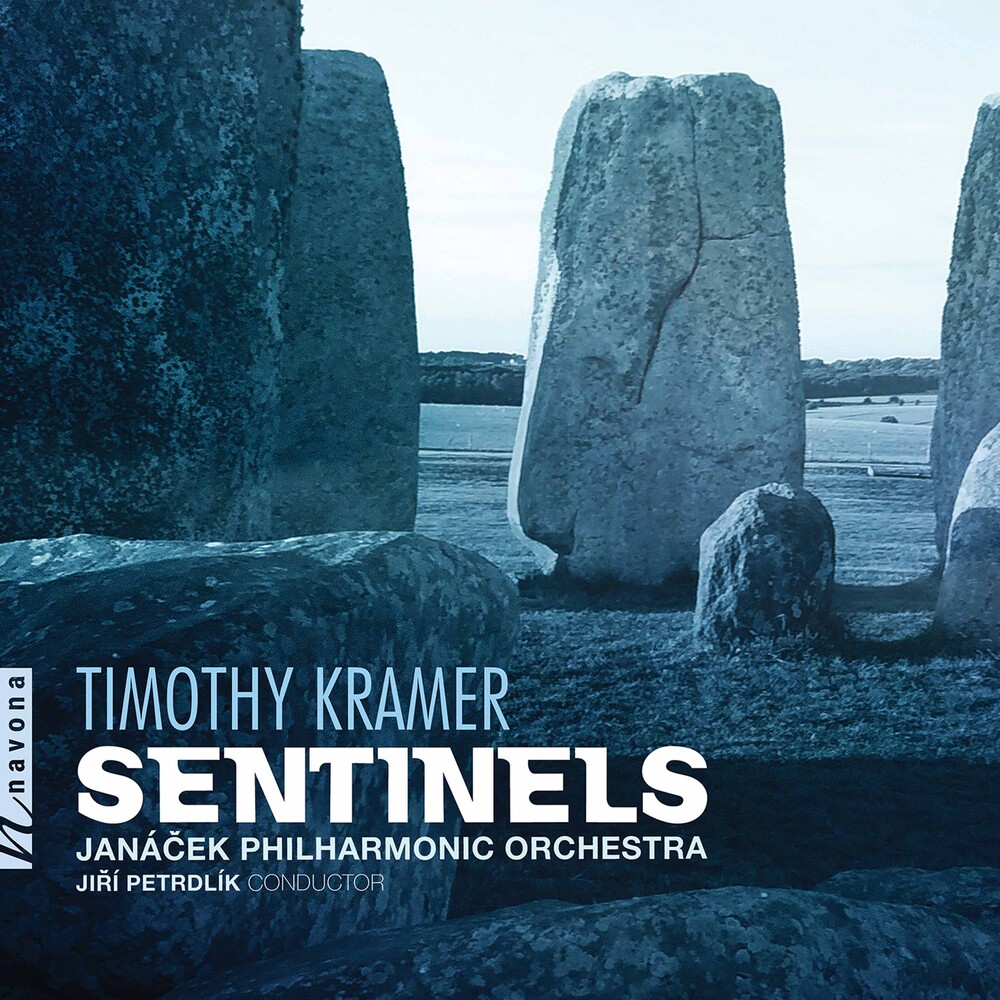 Timothy Kramer has recorded and released a full album of his orchestral works with Navona Records. The result: SENTINELS, an evocative representation of Kramer's compositions that span several decades, with influences ranging from Baroque to rock. The bold, prominent horn introduction of BACH meets ESCHER opens the album with a sense of mystery. This is the first movement of Symphony B-A-C-H, the largest work on the recording. Drawing from his training as a music scholar and theorist as well as a composer, Kramer chose to base each movement of this symphony on an overarching musical texture: the first focuses on polyphony, then monophony, homophony, and finally, cacophony. Everything is a deliberate choice: even the individual notes chosen by Kramer in certain sections can be "decoded" to reveal the names "Bach" and "Escher." Next comes A Fivescore Festival, a work commissioned by the City of Kent WA for their Centennial celebration. The piece, a series of four preludes and a rondo, has a spirit of resoluteness which imagines the city marching through successive generations toward the promise of the future. Sentinels of the Dance breaks from the traditionalism of the preceding piece, with the timpani and other instrument sections snarling and biting at each other with spontaneous, syncopated rhythms. Finally comes All in Golden Measure, another commissioned piece-this time for the Jacksonville Symphony Society celebrating the 50th anniversary of their Symphony Orchestra. Appropriately, Kramer chose to integrate the golden ratio into the fabric of this composition. Here, Kramer's sensitivity to rhythm and timbre allows him to conjure up images of the train whistling through Jacksonville, the hissing of cicadas, and the electric excitement resonating through the summer air from the racetrack.