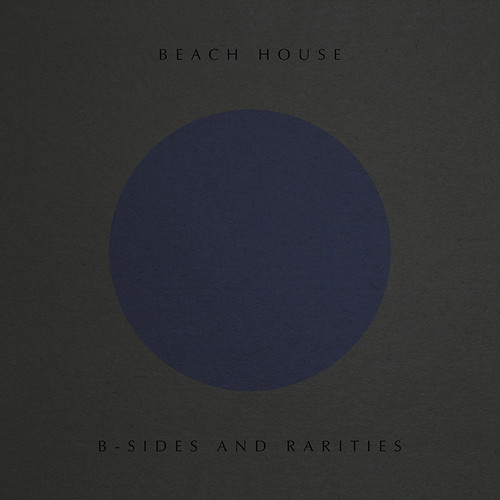 This compilation contains every song Beach House – aka Alex Scally and Victoria Legrand – has made that does not exist on one of their albums. The band explains: When we announced that we were releasing a B-sides and rarities album, someone on Twitter asked, “B-sides record? Why would Beach House put out a B-sides record? Their A-sides are like B-sides.” This random person has a point. Our goal has never been to make music that is explicitly commercial. Over the years, as we have worked on our 6 LPs, it wasn’t the “best" or most catchy songs that made the records, just the ones that fit together to make a cohesive work. Accordingly, our B-sides are not songs that we didn’t like as much, just ones that didn’t have a place on the records we were making. The oldest song is “Rain in Numbers” and was recorded in 2005, during the summer when we formed the band. We didn’t have a piano, so we asked our friend if we could use his, which was pretty out of tune. We used the mic that was on the four-track machine to record the piano and vocals. It was originally the secret song on our self-titled debut. The next couple of songs are from late 2008. We were so excited about “Used to Be” that we quickly recorded it and put it on a 7” for our fall tour with the Baltimore Round Robin. The same session begat our cover of Queen’s “Play the Game” for a charity compilation benefiting AIDS research; we will continue to donate all profits from the song to that charity. As fans of Queen, we thought it would be fun and ridiculous to try to adapt their high-powered pop song into our realm. These songs were recorded at the same studio where we made Devotion. There are a bunch of songs written and recorded in the 2009-2010 window. “Baby” was written and recorded in October 2009 with our friend Jason Quever. “10 Mile Stereo” was recorded during the Teen Dream session in July 2009. Since we used tape, we often slowed the tape way down to create effects while recording, which led to “10 Mile Stereo (Cough Syrup Remix).” “White Moon” and “The Arrangement” were both songs that we didn’t believe fit on Teen Dream. “White Moon” originally appeared on our iTunes live session. Since that was recorded and mixed very hastily, we have remixed it to better match our current aesthetics. We have also remixed and included the version of “Norway" we did at that same session. We wrote and recorded “I Do Not Care for the Winter Sun” during a break between tours and released it on the internet for free,unmastered. Well, it’s finally been mastered…